How the Law of Attraction Works (3 Scientific Explanations) 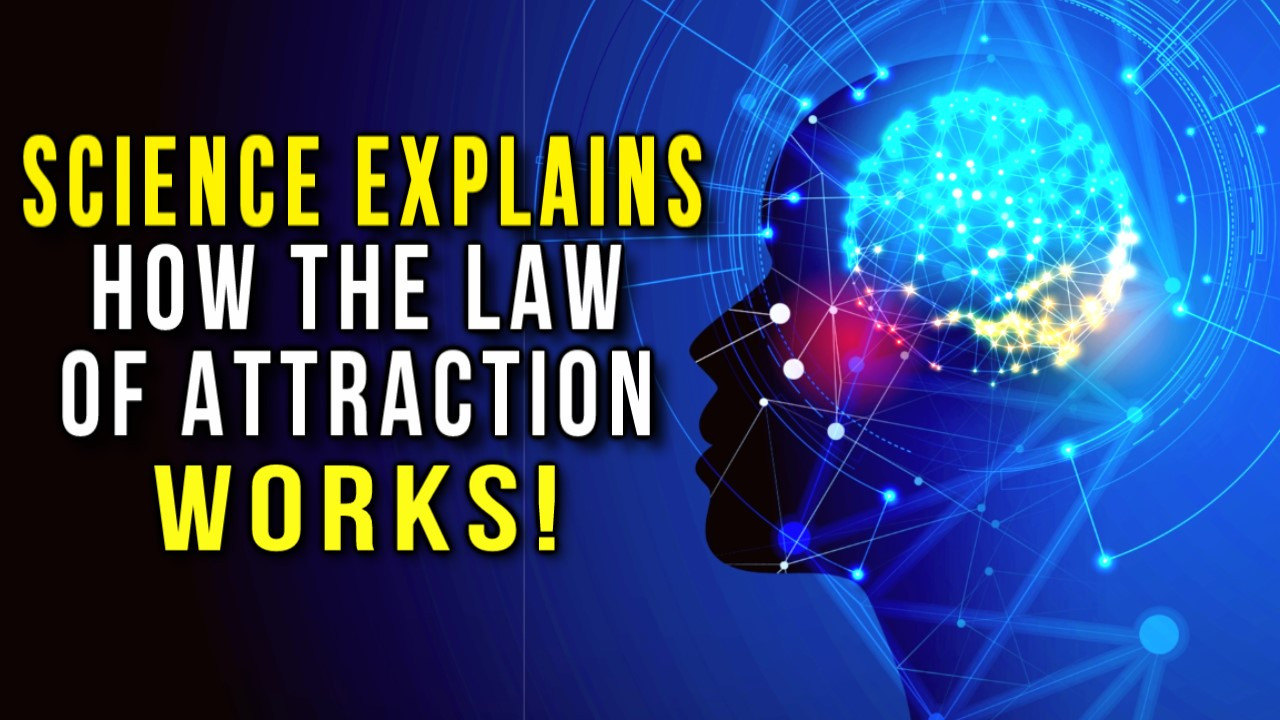 Whether you use the term Law of Attraction, or not, the basic premise of creating a life by design still stands true. And science has proven that this is the case. Scientists are now able to explain the complexities of the human brain and body in ways they’ve never done before. This is because new technologies are evolving that provide revolutionary opportunities to study neuroanatomy.

One of those studies involves mirror neurons. Mirror neurons are one of the most important discoveries in the last decade of neuroscience because they give us so much information regarding our social interactions and habits of learned behavior. They also explain the way in which we attract certain energies such as generosity and kindness back to ourselves.

A mirror neuron is a neuron that fires both when a person acts and when a person observes the same action performed by another. These types of neurons "mirror" the behavior of a person being observed as though the person observing the behavior were the one enacting it. This then incites that particular behavior to occur in the person that is doing the observing. In other words, when someone observes a specific behavior that you are displaying, this same response is mirrored in that person’s brain, and they will then often display the same type of behavior.

For instance, when you are kind, energetic and happy, individuals around you observe those behaviors and often mirror them back to you. In the same way, if you are angry, sad or unhappy, you may see that other people near you might begin to take on those types of behaviors. In metaphysics, this is an exchange of energy that is directly felt between individuals that are intermingling. And in science, this is due to mirror neurons.

Scientifically speaking, this is the reason our high frequencies induce a positive response in others, and any low frequencies we display can induce a negative response. We can literally cause others to act positively towards us through this mechanism. Further studies show that when the brain’s emotional center is induced with fear or anxiety, we induce those feelings in others as well. And this gives us even more evidence to explain how negative emotional states can block us from having the things we desire. If another person can pick up on your fear and anxiety, the likelihood of them feeling good about helping you in any way or being around you is much lower than if you incite feelings of positivity.

Secondly, science has proven that visualization is a main component of creating our future outcomes. Brain studies now reveal that thoughts have the capacity to stimulate specific brain regions and produce the same mental instructions as actions. Brain chemistry research also proves that if you tell your brain in words what you want, it has the tendency to get bored and lazy. But if you draw it, or mentally show it through imagery, it responds with a much deeper interest and attention. This assists it in storing the imagery as a memory, or an already accomplished fact.

Most importantly, visualization has a direct impact on many of our cognitive practices, including: attention, planning, perception, memory and motor control. Mental imagery increases the motivation of action, confidence in our ability to achieve a goal, beliefs of success and positive emotional states that line up with manifesting what is wanted. Consequently, through visualization processes, the brain is literally being trained for performance and achievement.

With the law of attraction, we are repeatedly told that daily, vivid mental images of the things we want to manifest helps us magnetize those things into our lives. And this has a lot to do with that fact that neurologists know that constructing an imaginative event is scientifically proven to more accurately create it as an outcome.

A third line of scientific evidence that supports the Law of Attraction relates to intention. Science has proven that the regions of the brain that are involved with intention are also related to action. This means that when we stimulate the areas of the brain that relate to intention, we also stimulate our action centers. It’s merely that our intentions need to be strong enough to incite any action that aligns with them. And those intentions can be enhanced through the visualization processes previously mentioned.

Additionally, when we place our attention on a specific feeling, whether that be a physical feeling in our body, or an emotional feeling, we increase it simply through our awareness and observation. By removing our attention, the feeling subsides. These two things show that we make it possible to feel and do things by attending or intending them. Therefore, intention-based-action and attention-based-action support the idea of connection – the connection of “As within, so without.” The way we think and feel affects our actions and further feeling states, as well as what we observe as our reality. This means that the quality of our thoughts and feelings are in direct correlation with the things we experience, or in law of attraction terms, what we attract to ourselves.

Our consciousness affects and directs our experiences. And science is showing us that observation invariably affects those experiences. For the Universe to even exist, there must be something to observe it. Accordingly, our consciousness and the Universe are fundamentally interrelated. Redirecting ourselves to a different future can be as simple as aligning our imagination, intention, attention and behavior. And because consciousness itself affects the behavior of the physically experienced outer world, we have the opportunity for any and all types of possibilities!


© Copyright 2021 All Rights Reserved - Videoverview, LLC DBA Your Youniverse, Jessica Connor, Ph.D. All coaching materials are for personal use only. No part of this website may be reproduced, distributed or transmitted in any form or by any means, including photocopying, recording or other electronic or mechanical methods without the prior written permission of the respective owners. Please read the terms and conditions for more information on the use of this website.